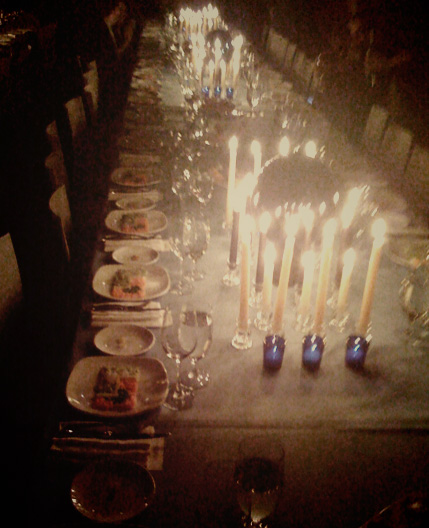 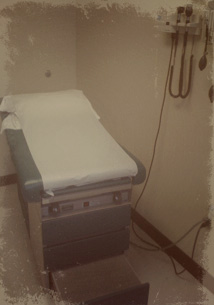 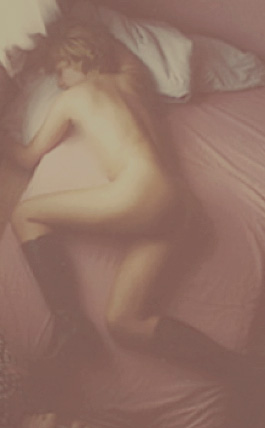 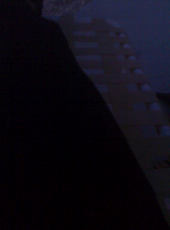 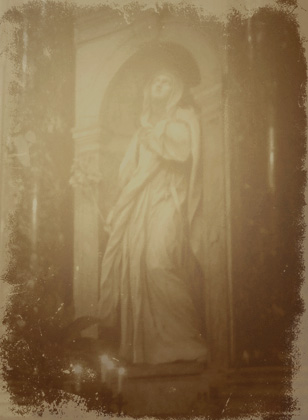 Queerskins explores the nature of love and justice through the story of a young gay physician from a rural Midwestern Catholic family who dies of AIDS at the start of the epidemic. Queerskins’ interface consists of layers of sound, text, and image that users can navigate at random or experience as a series of multimedia collages. Images of the mythic and the everyday, the sacred and the profane, from banal vacation footage to vintage burlesque, interact rhizomatically with text and audio monologues to subvert preconceived notions of gender, sexuality, and morality.

The novel begins with Mary-Helen Adler’s discovery of her estranged son Sebastian’s diaries. Reading these intimate, lyrical texts, users piece together the life of the man who has died. In addition, audio files of five other characters, including Sebastian’s mother, form a virtual Greek chorus commenting on his character and actions. Visual elements: quotidian videos and photos culled from YouTube and Flicker creative commons as well as original incidental Flip films, serve as backdrop for the characters interactions.

Harnessing the modern reader’s capacity to suture disparate pieces of information, Queerskins not only subverts conventional authorship and narrative unity, it recapitulates the sedimentary process by which identity is formed.

Queerskins is not yet available for your mobile device, we’re working on it though. Please check back soon, in the meantime, please enjoy the experience of this novel using Firefox browser on your desktop or laptop computer.

Illya Szilak uses open source media and collaborations forged via the Internet to create multimedia novels. Shaped by her experiences as a practicing physician, her artistic practice explores mortality, embodiment, identity and belief in a media inundated and increasingly virtual world. Her first novel Reconstructing Mayakovsky was selected for the second Electronic Literature Collection and was a jury pick for the Japan Media Arts Festival in Tokyo in 2010, and at Filmwinter in Stuttgart in 2011. The animation for the novel (in collaboration with Pelin Kirca) has been shown in eight film festivals including the Melbourne International Animation Festival in 2010. Reconstructing Mayakovsky is being taught in creative writing programs around the country as an example of new media writing. She has presented her work at Princeton University, Brown University, the University of Colorado, Boulder, the Kitchen in New York and the Université Paris-Sorbonne.
Email: illya@queerskins.com

The interactive experience is designed and built by Cyril Tsiboulski. Cyril is co-founder and creative director at cloudred, an interactive design studio that investigates novel forms of expression through technology. He is also an Adjunct Instructor with the Digital Communications and Media Program at New York University. Much of his professional and academic work centers around network technologies and the way they affect human experience.

The Buddha began his teaching with the Truth of Suffering. As a doctor, you never forget it. You also learn that it’s possible to affect people’s lives even if you can’t save them. If all I have to offer is a kind word or touch, I give it. I don’t withhold it because I think it is too meager. I know it isn’t.

Today, there are more than 34 million people living with HIV/AIDS. In 2011, 2.5 million people were newly infected, 330,000 under age 15. In the same year, 1.7 million people died from AIDS, and 230,000 of those were under age 15. You can make a difference. We’ve kept this novel accessible without charge because we prefer readers express their appreciation by donating to these worthy organizations. Thanks for your support.

The American Foundation for AIDS Research (amfAR) is a leading organization dedicated to the support of HIV/AIDS research: amfar.org/donate

Keep a Child Alive provides treatment and services to families with HIV in India and Africa. Text “Alive” to 90999 to donate $5 in a matter of seconds (added to your mobile bill) or donate online: keepachildalive.org/ways-to-donate